You are not connected. Please login or register

Admin
Posts : 53
Join date : 2011-10-28
umm,im on my phone and. just thought to say few things regading things ive. been working on...welll first of all i didnt check if these things work in game but no errors in the code so i assume they do... oke here they are
.. fixed squad/mish bug
.. made global war event
.. added update button
.. probably gonna make new rank advisor/council
.. transfered host chuunin verb to kages, but made a check if one is already being hosted
Niti Niro, u guys make robes for the new tank and hats for akatsuki
also any1 who has some suggestion post here
one more thing....once i come back ill nerf or buff all the things that gotta be buffed or nerfed
and idoshen call me if u need anything ill say u my number once i get on msn tofay...

I've had some ideas for some jutsus to be reiconned. I will tell you about it when you get back 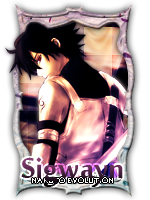 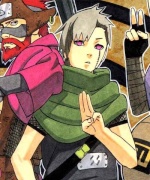 also, buff one thousand years of pain lol, i bought it since its pretty much a 2nd body flicker with an added push factor...but i'd also like to see a SMALL stun (like that earthquake jutsu) or at least some viable damage.

Posts : 114
Join date : 2011-12-01
Age : 24
Location : is not your concern
ido is right, it got nerf today, really guys i dont wanna sound like a TROLL but srsly it's happening same as tsukiyomi it got nerfed but still needs more nerfing in my opinion clay birds and spiders were all right before buff they did 100nin = 1k dmg same as spear but anyway all those clay spammer noobs wanted them to do better damage, why? so simple cuz they just wanna be op and play to the ''strong guy'', and they come saying '' IT's not op!'' when they dont even have any idea of what dmg does it need to be OP and i know u guys test them before nerfing but remember dmg = nin and obiously ppl that have low nin will do low dmg well in my opinion, still op 99 nin= 1.4k dmg. Me 100 nin= 1k dmg so we are talking about 1 nin difference and 400 dmg difference, and dont worry clay users that are reading this im gonna stop my trolling right now so dont worry.

Admin
Posts : 155
Join date : 2011-10-27
Age : 28
Location : Florida
sorry for that lmao but inow people be like nerf this. reason nehind is because they always die by it and get mad at that move.
Buffs also the same people be like this jutsus is weak needs to be buufed we do it and bam
we have another tsukiyomi going around.
like today feathers almost got nerfed again.... yea again i was like no. feathers is ok for now lmao it just needs a bigger cool down for some reason cool down got less lol 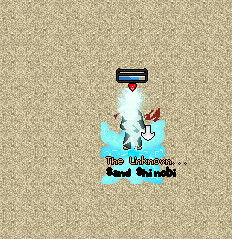 Re: heh me again